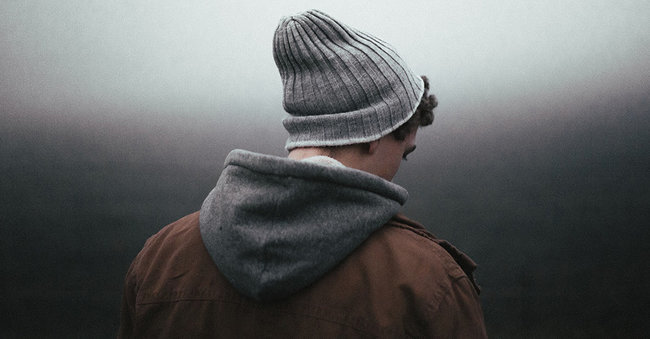 Forgetting names. Losing words. Trouble concentrating. “Brain fog” is a common - and disturbing - experience among people with spondylitis. Members of MySpondylitisTeam share worries about the cause of their cognitive issues – as well as frustrations and tips for managing life with a “fuzzy head.”

“I’ve always had an excellent memory. Not anymore! I forget everything,” said one member. “I’ve been forgetting words and thought it was because I turned 50,” shared another. “My family says I’m going senile, but I know I am not. How does one explain brain fog?” asked one woman.

Spondylitis Brain Fog: Symptoms
The cause of brain fog is not exactly known - one study published in 2018 found connections between inflammation and cognitive dysfunction. Inflammation can disrupt signals between pain receptors in the brain, literally “fogging up” mental functioning. Inflammation can also increase pain, fatigue, and cause sleep disturbances, which may contribute to brain fogginess.

Forgetting words is one of the most frequently cited brain fog symptoms by members of MySpondylitisTeam. One woman said, “Sometimes my words don't match what I'm thinking...ugh! I didn't know this goes along with spondylitis.” Another described what it’s like for her: “I’ll go off-subject halfway through a sentence, laugh at it and move on, then remember an hour or so later!”

Writing and spelling are also challenging for MySpondylitisTeam members. “I have to go back and edit things I write due to spelling errors,” said one member. “I was working on an email message about an hour ago, then stopped and re-read it. OMG, yes, that's my mess!” shared another.

Members worry about the impact of their cognitive issues on the job. “This week at work was particularly hard. Not only could I not find the right words, but comprehension was so difficult that my boss emailed my co-workers wanting to know what was wrong with me,” said one member. Another shares the same concern: “My brain function has been so affected, I feel like my job is in jeopardy.”

Spondylitis Brain Fog: Medication Side Effects
Some medications can cause mental fog. “I’ve had brain fog for the past week but attributed it to a new medication my doctor put me on,” said one man.

Another member blamed memory loss on Humira (Adalimumab). “I thought I was just overwhelmed with pain and getting ready for my first shot of Humira,” she said. “But now, I’m getting ready for my second shot. Will this get worse with each shot or is it a side effect of spondylitis?”

Other drugs, such as the corticosteroid prednisone – which is prescribed to reduce inflammation - can sometimes affect cognition. Some cholesterol-lowering statins may also contribute to brain fog. Consult with your doctor about any medication side effects you’re experiencing.

Upon finding out that brain fog is a symptom of medication or their condition, members of MySpondylitisTeam express relief that their cognitive issues were not something more serious.

“I thought it was the beginning of dementia. Now I see it’s not. Spondylosis is the cause,” said one. “Thank GOD I'm not going crazy. I thought it was just me. This is such a debilitating disease,” added another. “Thank you all for sharing your struggle with memory and losing words when speaking. I'm so glad I'm not alone,” said one grateful member.

Spondylitis Brain Fog: Members Tips
How do members of MySpondylitisTeam “lift the fog?” One woman plays word and puzzle games to keep her brain sharp. “I have to use logic with all of them, so it keeps my brain going,” she said.

Another goes hiking. “After the first hour, the brain fog lifts and pains subside,” he reported. One man swears by cannabis to control his “raging brain fog.” “The cannabis relieves most of the symptoms long enough to [allow me to] get physically active,” he said.

As challenging as brain fog may be, some members maintain a sense of humor around their cognitive missteps. “I've put aluminum foil away in the refrigerator, ugh, but after five years, I now laugh at it,” said one man.

“Sometimes I change words, and what comes out is pretty humorous,” explained one woman. “The other day at dinner, I said, ‘This is linger-ficking good.’ My kids and husband got a kick outta that one.”

On MySpondylitisTeam, the social network and online support group for those living with spondylitis, members talk about a range of personal experiences including brain fog.

Here are some questions-and-answers about brain fog:

Here are some conversations about brain fog:

Can you relate? How do you manage brain fog? Share your experience in the comments below or on MySpondylitisTeam.

My kids say the same thing, or say I’m just getting old

You're invited to a MySpondylitisTeam online Zoom event on Tuesday, March 9. Take this...

You're invited to a MySpondylitisTeam online Zoom event on Tuesday, March 9. Take this...
read article >

Article written by Max Mugambi Ankylosing spondylitis (AS) is an advanced form of axial...

Article written by Max Mugambi Ankylosing spondylitis (AS) is an advanced form of axial...
read article >

Article written by Heather Lapidus Glassner According to a Clinical Rheumatology article on...

Article written by Heather Lapidus Glassner According to a Clinical Rheumatology article on...
read article >

Article written by Heather Lapidus Glassner As many people with chronic health conditions will...

Article written by Heather Lapidus Glassner As many people with chronic health conditions will...
read article >

Article written by Heather Lapidus Glassner Diagnosis can provide a sense of relief to members,...